Can we talk to the public for a second and remind everyone that it is ONLY JANUARY. I say this because over the weekend I went to Target (danger, danger!) and as soon as I walked in I was hit with a display of swimsuits.

We just finished the holiday season and they have summer things out already? That’s a tad crazy don’t you think? Can we just enjoy the season when it’s actually hapenning? Target says no. So does Victoria’s Secret. I went on their webpage out of curiosity and wouldn’t ya know it… the 2015 swim line is in! While I did take a quick peak at the new stuff, I don’t think I will be purchasing any of those. They are all adorable, but 2015 is all about asymmetrical pieces, cut outs, and straps. NOT TAN LINE FRIENDLY! 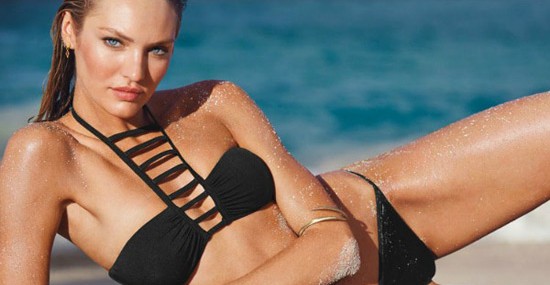 I will need a cute suit for Vegas, but that’s not until May. One thing at a time.

Yesterday was a pretty bad day for me. It just was a disaster from the moment I woke up. By the time 430 finally rolled around I needed those weights for therapy. When I pulled up to the gym, the parking lot was backed up almost half a mile with cars. The nightmare continued…

Yes it was jam packed inside, but for the first time I was so grateful to be a woman! My gym has a female only section and there are a ton of dumbbells just lined up not being used. Sorry fellas, I’ll see you later 😉

I know I look like a weight hog here, but really no one else was lifting and I was doing rack run sets.

And then I took some pictures and realized my meathead status is now official.

I fought the battle previously. I said “No, I’m not a meathead”. Turns out I am. Oh well, might as well embrace it. At least I fight the typical stereotype and have some brains to back me up. That counts for something right?

If your gym is fortunate enough to have a ladies only section, please take advantage! I do like to get in the weight room with the “big dogs”, but when the room is so crowded and I can’t move, I quickly lose my patience. Especially after a long day. If you don’t have a woman’s only section look for alternatives. When I noticed the Chest fly machine was taken, I just modified the move with dumbbells. Using the weights the same way I would the machine.

These next few days I’ll talk cardio alternatives and some stretching! Those gyms are crowded so I like to give ideas so you aren’t standing around waiting forever.

Have a good hump day!